One of the fundamental requirements of a modern household is a hot water system to keep your family healthy throughout the changing seasons.

However, when installing a hot water system, you must consider various factors for a safe and uninterrupted supply. One of these aspects is the installation of a tempering valve.

Many homeowners, especially those who are not as well-versed in water heater systems, may not know what it is. That is why we have discussed all the details regarding tempering valves in this guide.

What Is A Tempering Valve?

A tempering valve is a component that regulates the water temperature in a hot water system and is usually fitted to hot water storage systems such as tanks. This allows it to alter the temperature of the stored hot water before it is distributed through the different fixtures in your home.

On that note, installing this valve is not necessary for continuous flow hot water systems. This is because they come with automatic temperature controls throughout the system. So, installing a tempering valve in such a scenario will be redundant.

How Does A Tempering Valve Work?

A tempering valve is essentially a three-way mixing valve, where two valves are inlet valves, and the third is the outlet valve. One of the inlet valves pumps cold water from your mains, while the other pumps hot water from the storage tank.

It contains a temperature-sensitive element that helps mix hot and cold water to achieve the desired temperature. Once the right temperature is reached, the outlet valve is opened, delivering water throughout your house.

Why Is A Tempering Valve Necessary?

Installing a hot water tempering valve is essential for meeting hot water safety standards outlined by the Plumbing Code Of Australia (PCA). Regular water stored in tanks can promote the growth of legionella bacteria that causes legionnaires disease in humans.

Thus, to prohibit the growth of such harmful bacteria, a hot water tank stores the water at a temperature of over 60 degrees Celsius, per the safety standards. But such high water temperature is also unsafe for people, as it can cause scalding and burns within seconds of contact.

For personal hygiene purposes, the hot water safety standards dictate the maximum delivery temperature to be 50 degrees Celsius. And the only way to achieve this in a hot water storage system is to install a tempering valve. It does an excellent job of mixing hot water with cold water so that you can receive water at a relatively safe temperature for everyday usage.

What Are The Different Types Of Tempering Valves?

There are four different types of tempering valves available today, and they can be visually distinguished by the colour of the valve cap present on them. Each type has a specific usage scenario, as we have discussed below.

This is one of the most common tempering valves available today and is suited for electric water heater systems.

The green cap tempering valve is another commonly available option, designed to be used with gas-powered water heaters.

This type of tempering valve is normally used for large-capacity systems installed in commercial buildings and big institutions. Compared to the other valves, it is much more expensive, making it unsuitable for residential buildings.

Where Is The Tempering Valve Located?

The tempering valve is located externally on the hot water unit. You can easily spot it on the water pipes adjacent to the tank, thanks to its three-way valve and coloured valve cap. It is systematically placed at the junction of the cold and hot water lines, which allows it to mix the water efficiently.

In most cases, the junction is situated close to the water mains, which helps maintain optimal pressure through the valves. This, in turn, allows it to distribute the water throughout your household taps and water fixtures without any issues. Hence, a tempering valve plays a crucial role in a large home with an extensive plumbing system.

When Should You Install A Tempering Valve?

According to the Plumbing Code of Australia, you are required to have a tempering valve installed under the following circumstances:

You must install a tempering valve and a new hot water system. This is the best time to get it done since the plumbing system can be easily adjusted.

If you can’t install it with your hot water system, you can do it afterwards. But be advised - the cost and effort required may be higher in a later installation. This is because the plumber will need to make extra adjustments to the plumbing and hot water systems, which can be time-consuming.

In any case, we’d suggest not delaying the installation any more than necessary, as it can increase safety risks for you and your family.

B. Getting Replacement Hot Water Systems

This is applicable when you already have a hot water system but are looking to replace it with a new one. For installing a tempering valve, you need to consider certain factors we have discussed here in this scenario.

If you had a tempering valve installed in the old system, you could also carry it over to the new system. However, this can only be done if the hot water system replacement unit is the same as the one you had before. For instance, if both the old and new hot water systems are electric, the existing tempering valve can be reinstalled.

If the replacement system is different, you will need to change the tempering valve too.

C. Moving A Hot Water System From One Property To Another

It would be best if you transferred the tempering valve to a new property when moving your hot water system. In this case, some adjustments and changes in the system might be necessary to install it properly at the new property.

Many users may confuse a tempering valve and a thermostatic mixing valve (TMV). After all, both operate similarly and help achieve the desired water temperature.

However, there are some differences between these two mixing valves that you should know.

First, a TMV can only be fitted by a plumber holding a licence to install such valves. This is because a TMV is much more complex than a regular tempering valve.

TMVs also respond to temperature changes more quickly and accurately than tempering valves. They are commonly used in institutions such as care homes or hospitals that require a fast and efficient hot water delivery system.

If you installed a water heater system a while back and still don’t have a tempering valve, you should install it immediately to avoid any issues.

Ideally, we recommend contacting a qualified plumber for this installation. But if you are a veteran DIYer with extensive knowledge of plumbing systems, you can attempt it yourself.

We’ll be back with more guides soon, so stay tuned!

How to Get Rid of Drain Flies

Are you wondering how to get rid of drain flies permanently? We have the solutions for you in a guide to eliminating sink flies with easy steps!

How To Clear A Blocked Drain

Are your drains clogged and unsure what to do? The following guide will teach you everything you need to know about clearing blocked drains at home.

Is It Time To Replace Your Tap?

Should you have your taps replaced? This guide will help you decide if replacing your taps is a good idea by looking at these five signs!

When your water heater starts to leak, it’s important to know what to do. Our comprehensive guide walks you through the process step-by-step. 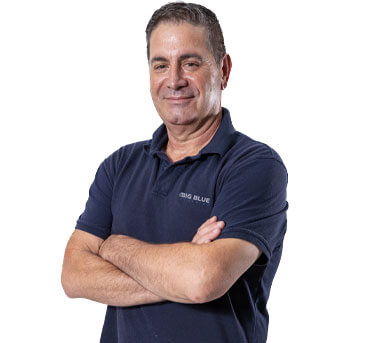